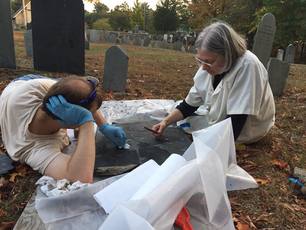 Established in the early 1700s, the English Graveyard is Canton’s first and oldest cemetery and is the final resting place for some of the Town’s earliest residents. The work we are doing is sacred. The preservation of graveyards involves a wide range of disciplines, including landscape architecture, historic and archival research, conservation, and at times even a structural engineer. In this case, we are cleaning graves that date ​to the early 1700's.  This work is being done by the Canton Historical Commission and supported by the  Canton Historical Society.

The session will start with a brief orientation and history of the graveyard. Volunteers will work in teams throughout two shifts, with time for snacks and lunch built into the day.

​We will be guided by Barbara Mangum who is the founder of Sculpture & DecArts Conservation. Barbara has over 30 years of experience in the conservation of works of art and artifacts. Clients include some of the most prestigious institutions in the New England area: Harvard University, The Massachusetts Institute of Technology, Mount Auburn Cemetery, The Museum of Fine Arts, Boston,  the Peabody Essex Museum. Barbara has worked extensively at the Canton Corner Cemetery and is one of the foremost experts in the field.

Funded by the Town of Canton, this is a CPA project that was funded in 2016. The process of planning and bidding takes quite some time, and we are now moving into the work phase. Work will be ongoing through the Summer and complete in late Fall 2018.

​Several gravestones in this “pocket park” cemetery have been broken, others need to be reset (some with new subsurface castings) and all need to be cleaned of the biological growth that is concealing the markings and damaging the stones. Also, this project will remove small trees that have begun to impact gravestones and markers. New signage and a walking path will be installed later this Fall.

​The Canton Historical Commission used actual cost figures from virtually identical work that is ongoing at the Canton Corner Cemetery to develop the project budget. This work is made possible by utilizing a team of volunteers who will work with trained conservators to cautiously and correctly clean the fragile gravestones. This project will result in the near complete restoration/preservation of this historic asset (with the exception of two missing stones and three stones fragmented beyond the scope of repair for this project). 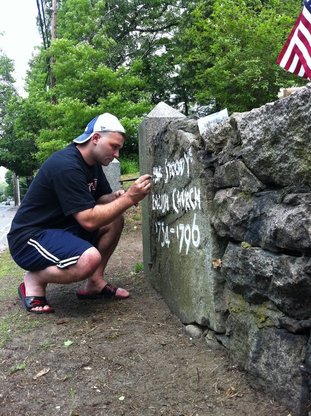 This burial place is referenced to in the book "1995 Survey Proprietor's Lot & English Graveyard, Canton, Massachusetts" by James and Kaitlyn Roache, published in 1995. This is the basis for the information on the bulletin board in the center of the graveyard

This cemetery began as two cemeteries, but were eventually merged into one. These burial places are referenced to in the book "History of The Town of Canton, Massachusetts" by Daniel Huntoon, published in 1893. For the historically curious you may want to learn that the "English Graveyard" portion is the one closest to Washington Street. It is bisected by the asphalt walkway that leads to the "Proprietor's Lot" section. It is the younger portion of the cemetery and the original "English Graveyard" was established after 1754. For a long time this area was mistakenly thought to be owned by the English Church.

​The "Proprietor's Lot" portion is the area of the oldest burials. The land was used as early as 1700 and the deed was procured in 1741. After the Canton Corner Cemetery was established in 1716, only the descendants of the original proprietors continued to use this portion of the cemetery. 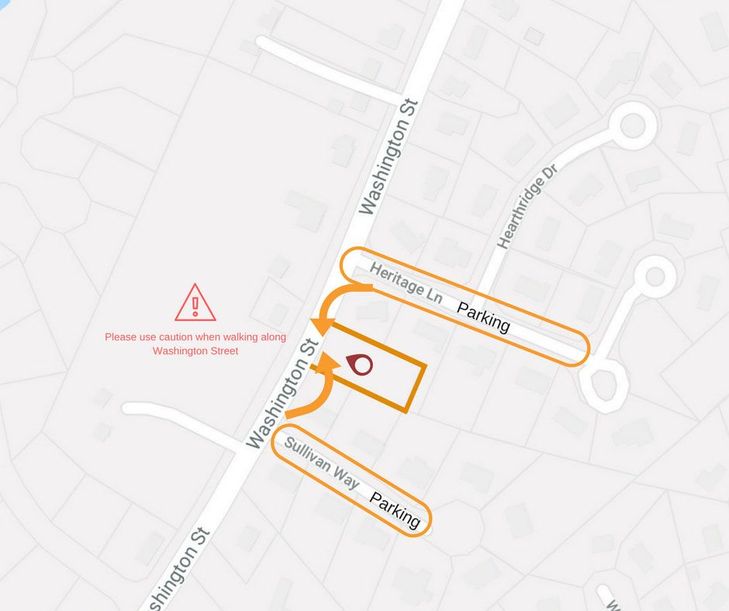 This project is made possible through a grant from the Canton Community Preservation Project Fund.
Copyright 2023- Canton Historical Society, Inc.